Dermatologist Treatment for Dark Spots on the Face: A Beginner’s Guide 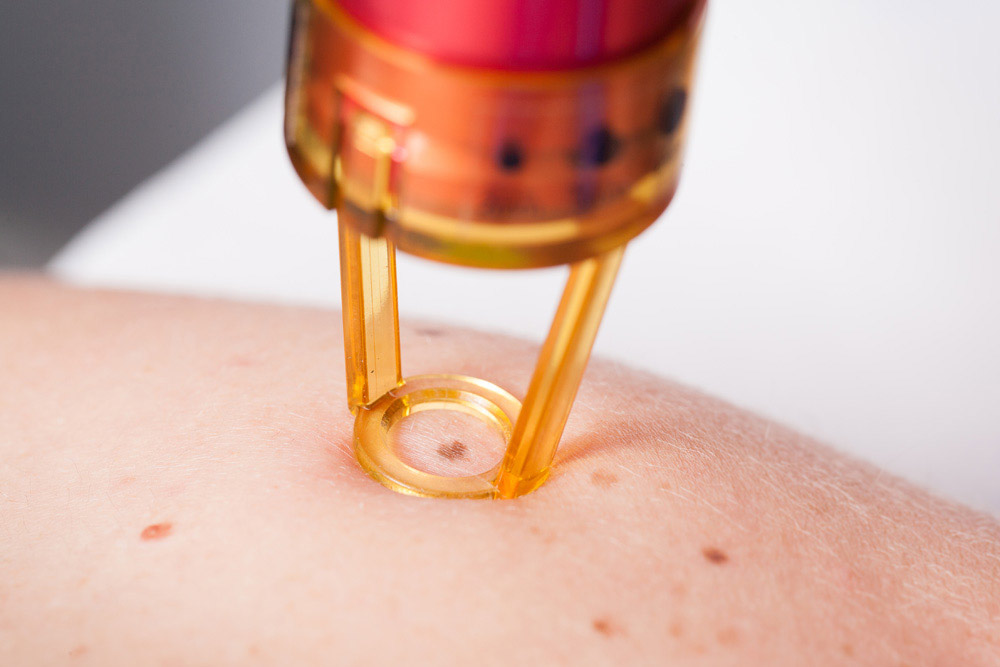 Confession: In my 20s, if it was bad for me, I did it. I mean all of it. Of course, this included excessive amounts of unprotected time in the sun. But back then I had a great tan and that’s all that mattered. Unfortunately, as I’ve rounded the corner into my mid-30s, I’ve been forced to stare that inevitable damage in the face — my own face. For as long as I can remember, I’ve had two dark spots smack dab in the center of each cheek, and while some dark spots are signatures in an iconic way (a la Eva Mendez and Marilyn Monroe), others are just plain bothersome, not to mention potentially harmful, especially if they are caused by sun damage.

Fortunately, the parts of our skin that may be new and unfamiliar don’t have to be permanent, thanks to cosmetic dermatology. The decision to go with Dr. Khorasani was an easy one to make. He is a quadruple board-certified skin cancer and cosmetic surgeon, who was also the Chief of Dermatologic and Cosmetic Surgery at Mt. Sinai Hospital in Manhattan for 10 years. His list of accolades goes on, but suffice it to say, he seemed like the person for the job. In keeping with new COVID-19 health and safety regulations, I immediately scheduled a televisit for a consultation and arranged an appointment.

A few days later I arrived at Dr. Khorasani’s office on Park Avenue — a sleek, ground-floor office space that looked more like a hotel lobby than a doctor’s office, with Art Deco white marble, gold accents, and a stack of hardcover Vogue anthologies in the waiting room. His wife and partner, Cindy, met me at the desk with such energy and warmth. It felt more like I was arriving for a (fully masked) dinner party than a dermatology appointment. We snapped some “before” photos and then we got down to business.

But first, let’s back up a bit.

What causes dark spots on the face?

Not all dark spots are created equal. But speaking broadly, dark spots, or "hyperpigmentation," are all caused by melanin deposits. Melanin is that dark pigment that is produced when the skin reacts to sun exposure. It’s basically what’s responsible for your luscious summer tan.

But traditionally there are three types of dark spots:

Dermatologist Treatment for Dark Spots on the Face

My "signature look" included both a sunspot and a junctional nevus. Since I had two types of dark spots, a mole and a sunspot, they each had to be treated a bit differently.

The traditional, “gold standard” way to remove a mole is to excise it (remove it with a scalpel) and give the patient few stitches. However, Dr. Khorasani's method is a little less invasive, but equally effective. Dr. Khorasani uses an ablative laser and sets the depth of the beam to only go past the top part of the second layer of skin, the dermis. Because of that, most of these nests are removed without going deep enough to cause significant damage or scar tissue. The entire process to remove the mole with the ablative laser took less than three minutes, and a quick shot of lidocaine ensured that the entire experience was pain-free.

The sunspot was much less aggressive to deal with, as it was only on the outer layer of skin. To remove this sun damage on my face, Dr. Khorasani used a fractionated ablative laser. Unlike the ablative laser, which removes the entire epidermis and part of dermis, a fractionated ablative laser works by creating microscopic tunnels and removes columns of pigmented skin. As these thin columns of skin are removed, the body produces new, fresh skin and exfoliates away the older, dark spotted skin. Again, a pain-free process that was over within minutes.

What About Sun Damaged Skin on the Chest?

Oh, don’t worry. I’ve got that, too. But that’s another project for another day. However, if this is a treatment you’re considering now, it works a bit differently. The chest is very delicate and prone to scarring, so Dr. Khorasani uses a non-ablative fractionated laser. This is a similar concept to the laser used on my face, but rather than removing tiny columns of skin, it coagulates the columns of skin without removing them completely. It's a much safer treatment to use on the body, as opposed to the face, which is a bit more resilient. You may have to do the non-ablative fractionated treatment several times in order for it to be effective, but the recovery process is much quicker.

Both the ablative laser and the fractionated ablative laser are incredibly effective and efficient, but in order to have the results last, there are a few things to keep in mind.

There will be redness in the treated areas for at least 2 to 6 weeks after the treatment depending on your complexion. Fair skin individuals tend to have redness a bit longer. Even after the redness fades, these areas may look a bit whiter than usual skin color. That’s because the skin is brand new and has not yet had enough melanocyte visitingKeep the spots covered with Duoderm and apply Aquaphor twice daily for the first 2 weeks. And, of course, never leave home without sunscreen. It's good to know that you may cover the spot with makeup after 2-3 weeks. Depending on the location Dr. Khorasani may also recommend an anti-scar gel for an extra level of protection. For patients of color, it is important to note that some of the pigment might not come back, depending on how dark your skin is. For very dark skin, Dr. Khorasani recommends excision to ensure there is no permanent change in pigment.

As for me? We’re 3 months out from the treatment and my dark spots are completely gone. The redness has started to fade, and I’m officially getting used to seeing my face — my full face — for the first time in a decade.

Oh, and I’ve spent a small fortune on sunscreen for the foreseeable future.

Visit our page to learn more about brown spot and discoloration removal, and message us securely to request a consultation with Dr. Hooman Khorsani.

We look forward to meeting you and offering the care and expertise you deserve. To expedite a request for a consultation, message us securely. You may also contact the office by phone at 212-230-3378, or fill out the information below. 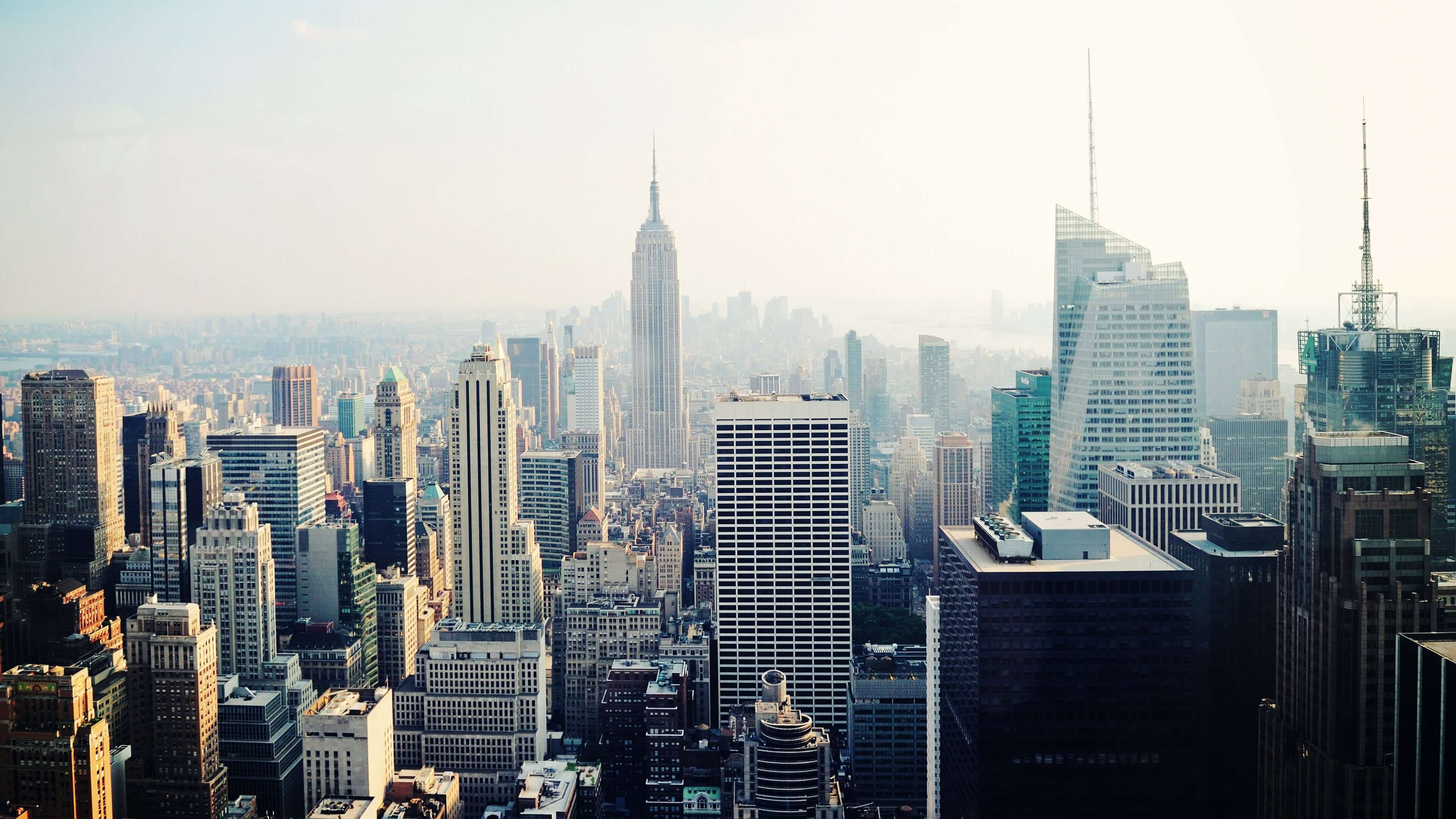